These Are A Few of Our Favorite Campaigns 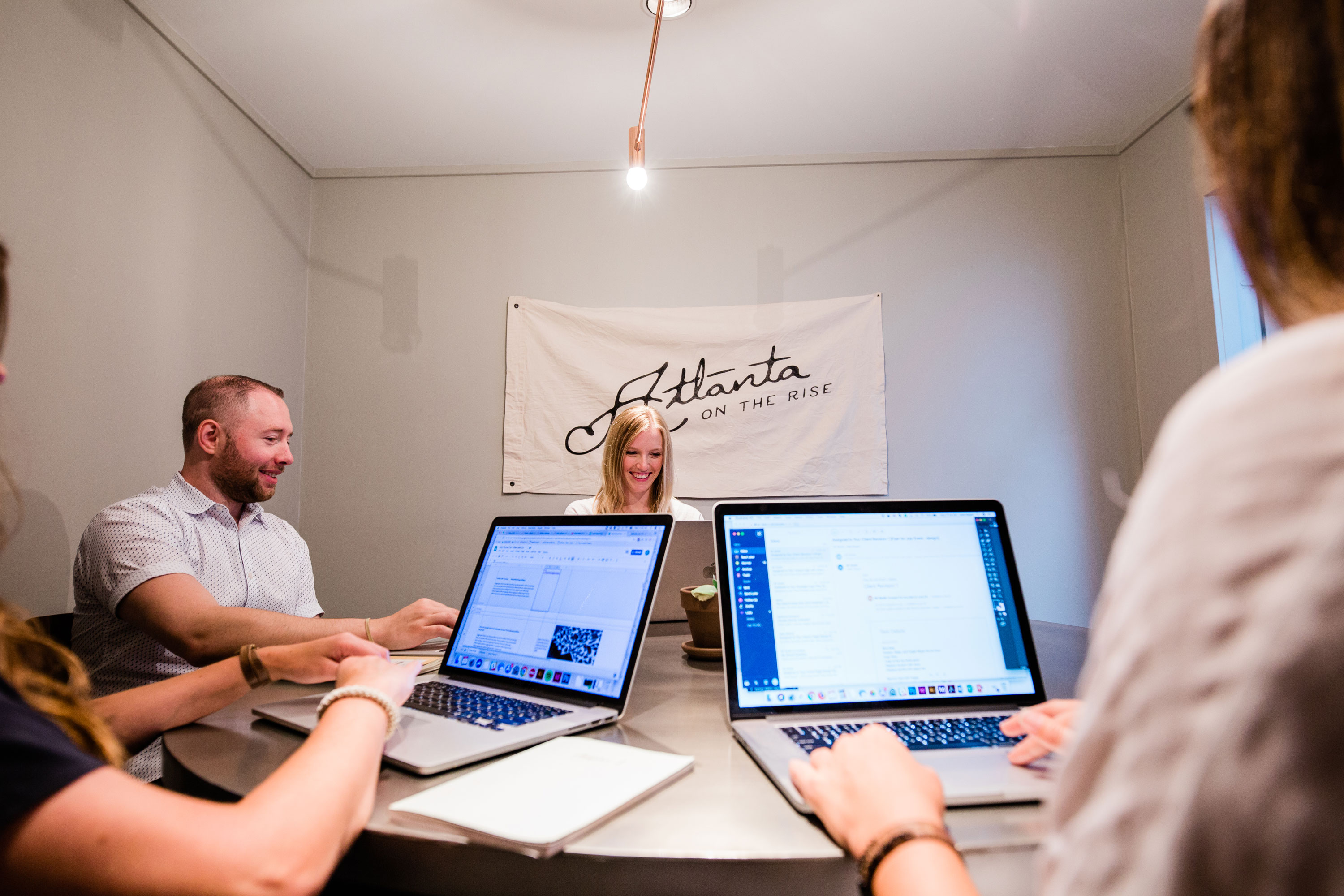 Nothing brings more joy to marketing nerds than a kickass campaign. Historically speaking, the most famous ad campaigns live on to become staples of pop culture.

Campaigns are measured by how well they compel action; some campaigns are more successful than others. Think De Beers “A Diamond is Forever.” campaign – you can blame/thank (depending on who is buying) this fine jewelry company for inventing the practice of proposing with an engagement ring. Think “What happens in Vegas, Stays in Vegas” – aiming to attract tourists to the notorious city of Las Vegas, this campaign transformed a marketing slogan into a lexicon of American society. “Think Small.” by Volkswagen shifted the old American standard by demonstrating that bigger isn’t always better with the use of white space on print marketing. 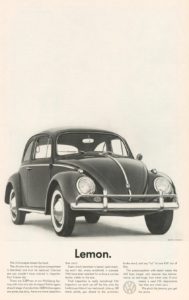 On a small scale, organized campaigns can increase brand awareness, engage customers, and drive sales. Though they may not have as widespread of an impact as the ones listed above, a well-thought out initiative can add a lot of value to ones marketing plan. This week, we are excited to highlight a few of our team’s favorite campaigns in recent years, on both local and national levels. Let’s dive right in: 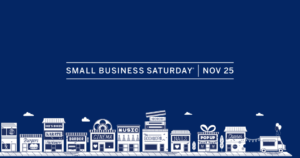 It’s not every day that a marketing campaign gets its own official holiday. American Express developed “Small Business Saturday” to help promote small businesses around the country. A huge success, this campaign came with social media toolkits, logo packets, posters, badges, swag, and digital assets – all in a national-wide initiative to help small business owners increase visibility and revenue. With the help of politicians, buddying up with social media networking sites, and partnering with FedEx, AmEx put the campaign on the map (or rather the calendar). In 2010, Small Business Saturday was placed on the calendar as the official day to “Shop Small,” observed on the day after Black Friday. Since its launch, AmEx reports consumers have spent $85 billion for the local cooperative. 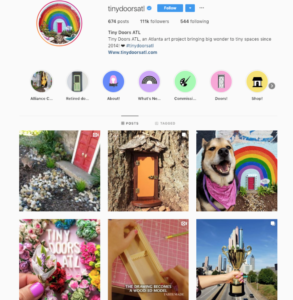 If you’re ever in Atlanta, you may have seen one of these miniature art installations, strategically placed in different neighborhoods around the city. Local celebrities Karen Anderson and Sarah Meng started the Tiny Doors ATL art project in 2014 with hopes of lifting community spirits and bringing together people from all walks of life through free and accessible art. Since then, they have reached hundreds of thousands of people through social media platforms, as well as organic word of mouth expansion. Their goal is to “inspire curiosity and exploration by highlighting neighborhoods and landmarks that make Atlanta a uniquely awesome place.” With a growing following of 111,000 on Instagram and 22,904 photos under the Tiny Doors ATL hashtags, there’s no questioning this local campaign’s success and outreach. 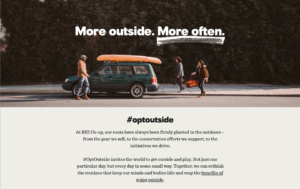 REI’s #OptOutside movement gained worldwide momentum upon their campaign launch on Black Friday of 2015. The outdoor gear and clothing brand announced all REI stores will be closed for the largest shopping day of the year, giving their employees the day off to enjoy time outside. They didn’t stop there – by encouraging people to #OptOutside via social media, REI’s brand image increased at an incredible rate. Impressions went up 7,000%, with 2.7 billion media impressions within just 24 hours of the campaign. Fast Company’s Jeff Beer writes, “Overall in that first year, the campaign attracted 6.7 billion media impressions, 1.2 billion social impressions, and got more than 1.4 million people to spend the Black Friday outdoors. More than 150 other companies joined REI to close their doors, with hundreds of state parks opening up for free…and over the last three years that’s grown to 15 million people and 700 organizations” – these numbers don’t lie. The #OptOutside campaign exemplifies the power of a single brand, by touching millions of people with a strong and meaningful message that resonates with their target demographics. 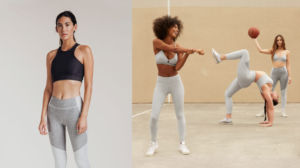 A great example of an ongoing campaign is activewear brand Outdoor Voices and their “Doing Things” mantra. The incredibly stylish clothing wear company was founded on the principle that activewear should be functional, fun, and made for everyone. While most activewear brands historically focus on catering to athletes, OV makes clothing for anyone that enjoys being active—from joggers to dog-walkers and everything in between. As their website states “We believe in Doing Things— moving your body and having fun with friends.” The brand often uses the hashtag #doingthings on social media, to promote events and to feature new product launches. The hashtag has alone has 123K tagged posts and the companies IG has 332K followers. Outdoor Voices has effectively used what makes up the very soul of their brand – doing things – to create a cult-like following on Instagram and beyond.

A CAMPAIGN WE RAN RECENTLY 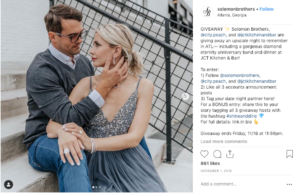 This past year, we organized and ran a campaign for our client, Solomon Brothers Fine Jewelry. Solomon Brothers partnered with City Peach, an Atlanta-based influencer, and JCT Kitchen, a local hotspot, to give away a diamond eternity band and a night out to dinner. The goal of the campaign was to increase Solomon Brother’s following on Instagram and increase overall brand awareness. Simple, yet effective, the campaign increased web traffic, gained Solomon 700+ new Instagram followers, and compelled 691 people to enter the contest. The contest created a ton of buzz around Solomon Brothers and reached a total of 31,438 unique visitors from the Giveaway post alone. Although it’s no Small Business Saturday – the Shine & Dine Giveaway was a huge win as far as small scale, homegrown marketing campaigns go.

There you have it, folks. These are a few of our favorite campaigns! From wide-scale national initiatives to local social media movements these examples show how a well thought out campaign with strong messaging can have a positive impact on overall marketing efforts. Interested in starting a marketing campaign for your business or brand? Reach out to our team at marketing@vehiclemedia.com, and we can help you get started!