What the Presidential Election Taught Us About Brand Fatigue, and Other Marketing Lessons from the Campaign 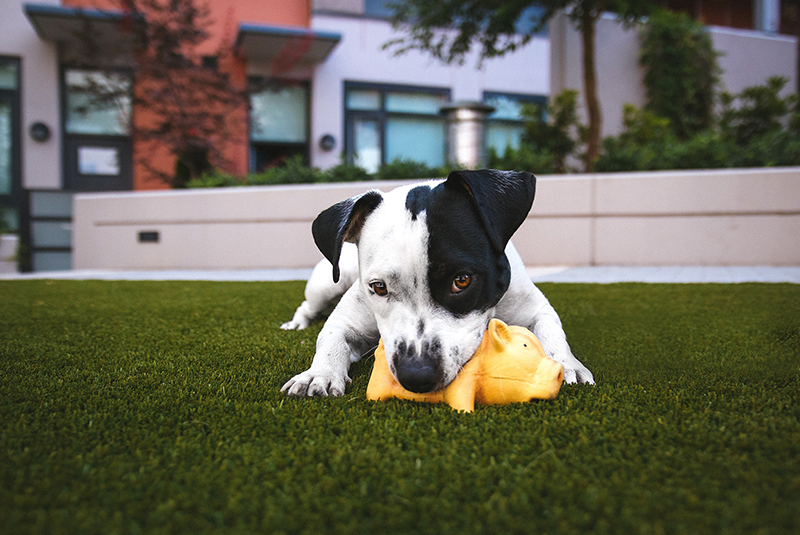 Before we start, don’t panic: we’re going to spare you even the names of the presidential candidates here, so you’re safe to read on with your sanity intact. At this point we’ve all been so bombarded by election coverage, ads, and social media, it’s more pleasant to think of almost anything else. So now that ballots are (hopefully) squared away, we’re focusing on how much election fatigue has in common with brand fatigue, and finding a few more marketing lessons to pluck from the election season along the way.

To make that a little easier, meet our fatigue-proof surrogate Presidential Candidates:

We’ll return to them later.

You might think it would take the resources of a massive corporate brand to to even come close to an endless presidential campaign in terms of stretching people’s limits–and to an extent, that is true. It may be hard to avoid seeing Coca-Cola ads as a non-soda drinker, but it’s rare (and usually not positive) for a brand to dominate a whole news cycle, much less the 597 days of news coverage this election season delivered. Still, the ubiquity of digital marketing and the unique quirks of executing online strategy means even smaller brands have the ability to drive an audience to irritation. The good news is you’re probably not going to wear out a presidential-election sized demographic, but the bad news, of course, is that it just happens to be the audience you chose as your best target demographic. And that can be a tough perception to reverse.

When your business is just getting into the digital marketing game, it’s easier than it should be to accidentally overwhelm prospects with all your new tools. The most common offenders for small-scale brand fatigue are relentless click ads and spam emails–excellent tools if used wisely, but a real enemy-maker once your audience sees you as ‘spam.’ The fix here is easy, if not often followed: start your click ad campaigns slowly, and watch the frequency data in your search ads and social media ads. This will allow you to monitor how often, on average, people are seeing your ads. If you use audience re-targeting (and you should) in click ads, manage frequency there as well, and make sure that images and copy for the ad aren’t just duplicates of the first ad seen by the user. Always keep ad copy as relevant to the user as possible; and when re-targeting, tell your audience something new. The same rules apply for email marketing, and try to limit yourself to 1 email deployed/week to start. This keeps your ad content more personalized, which customers rate favorably, unlike ‘spam’ advertising.

Many articles have already been written dissecting the messaging behind each candidate’s branding, so we won’t go over all aspects here. Both candidates clearly chose a campaign ‘story’ at the outset of the campaign to galvanize voters. Both made branding choices that missed the mark in some ways, and resonated in others. We’ll talk more about that in a moment, but first: a little bit about what we mean by ‘story’ in marketing.

When we use the word ‘storytelling’ in a digital marketing context, we’re not suggesting adding long narratives to the “About Us” page on your company website (we agree–that probably is a waste of time). No, we’re talking about storytelling elements, the suggestion of story in your branding and marketing copy, whether it’s through speaking from the point of view of an imaginary customer of your product (a character!), describing a problem your company can fix (villain!), or invoking a place or feeling for the customer (setting!). Using story elements like this in your brand persona and messaging is one of the most important secrets to branding and content marketing, and the reason why is simple: stories show people why they should care about whatever you’re drawing attention to, and as we all know: showing is better than telling.

Your brand focus determines which story elements to emphasize–for example, a camping equipment store’s appeal to ‘story’ would probably include a call to the great outdoors, because it makes the most sense for the products and will appeal most to potential customers. The brand persona and story qualities you decide on may never make it into sales copy, but they can act as a sort of ‘mood board’ for what you want to convey. Story elements can draw us in and increase consumer investment in ways that typical advertising copy just can’t.

This is easier to show in action, so let’s bring our candidates back to look at the stories they chose to tell about their campaigns with their slogans: “I’m With Her” and “Make America Great Again.” (And we’re talking Candidate Mittens and Candidate Fluffers, here–keeping to the rules!) An election is a readymade story: there’s always an ending with a winner and a loser, and each candidate sees themselves as a hero against a villain. From a branding perspective, the goal is to paint a picture of your candidate winning and give voters a reason to care: something story does best. Both slogans are statements–no narrative structure here–but look closely and you’ll see the fingerprints of story behind each of them.

“Make America Great Again” as a presidential campaign slogan is a clear message: ‘Again’ implies America is not now ‘Great,’ but the promise is that America will be ‘Great Again’ if the candidate is elected. That’s a full plot, and quite a tall claim! It’s a ‘savior’ narrative with the candidate in the hero’s seat–and this is actually a very popular marketing story many brands sell, that a product will save you from a problem. It can be very effective, as long as your audience 1) buys that the problem you’re solving is a relevant problem for them, and 2) trusts your authority to solve it.

Candidate Mittens’ slogan (we’re committed here!), “I’m With Her,” takes a different tactic: instead of a ‘savior’ narrative appeal, this is a ‘relatability’ appeal, which can also be very successful. If your brand persona is relatable enough to your audience, simply being associated with the brand can give consumers a feeling of validation. Where “Make America Great Again” focuses attention onto a candidate, “I’m With Her” focuses attention on the person sharing the slogan–being “With Her” describes the person declaring the slogan, which is a smart tactic to generate buzz in an era of social media soapboxes.

The Challenges of Re-Branding: Choosing the RightStory

The 2016 presidential candidates have at least one thing in common: they’re both long-established brands. Their personas and messaging have been in the public sphere for decades, making this election an especially interesting case study in the challenges established brands sometimes face after a branding pivot. Each campaign’s messaging has clearly resonated with a portion of voters, but detractors have also criticized each for branding hypocrisy. Could the campaigns have foreseen this reaction?

We can actually see seeds of this inevitability in the strategy choices both made: “Make America Great Again” was probably chosen to distinguish the candidate from his personal business brand and combat the perception he might be focused on profits over the country. Instead, the campaign boldly chose to rebrand him as a patriotic hero in the wings. “I’m With Her” is also a rebrand fighting an existing perception, in this case for a candidate who has been accused of being cold and unrelatable to the public. So both candidates really took similarly aggressive approaches to combatting problem perceptions, with mixed results so far.

Even without knowing poll results, there are takeaways here for brands looking to pivot. If the goal of your re-branding is to distance your company from an undesirable perception, choosing to make all of your branding a counter-claim against that perception can be very risky. Even when it does work, you may still be reminding people of a negative perception just by re-engaging in the conversation. In other words, it could end up going over more like another famous politician’s slogan: “I am not a crook.” Think of the backlash oil companies have gone through for trying eco-conscious branding after the public’s outcry over oil spills. A much less-risky idea for brands looking to pivot away from undesirable messaging could be to start a new conversation with your branding that simply doesn’t acknowledge or remind you of the former undesirable perception. We think of this as the “it’s toasted” rule, after aMad Men episode where a cigarette company chooses a slogan that doesn’t address industry scandal, and thrives–sometimes it’s what you leave out that matters, not your claim.

And after 576 long days of election fatigue, we’re all ready for a pivot in conversation.

If you want to know more about branding or digital marketing and you’re not running for president, contact us here.