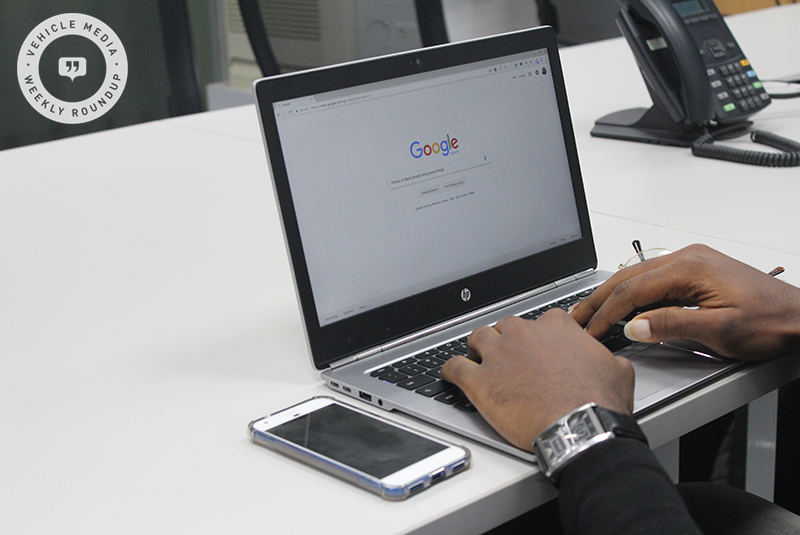 Welcome to our industry news roundup, where the rubber meets the roadmap.

Call it a duopoly: Google and Facebook are now poised to rake in 63% of all digital marketing ad spend in 2017, beating earlier projections. Google is expected to rake in $35 billion (up 18% over 2016), with Facebook digital ad dollars at roughly $17.4 billion (up 40.4%). Facebook’s acquisition of Instagram and subsequent rollout of more advertiser-friendly tools likely plays some role in the increase.

10 Second Tip: Those not new to the digital marketing game won’t find this news surprising: building ad traffic that’s relevant for your niche requires detailed targeting, and these two giants so far set the standard for granular targeting ability and broad reach capabilities. More and more platforms are opening up ad tools of their own, but if you need to make the most impact for the least amount of money, Facebook and Google are likely to be your go-tos for the immediate foreseeable future.

Test Drive: The full report from eMarketer lists projected 2017 ad revenues for all of the major digital advertising players, and some of the rankings are surprising. For instance, Yelp is slated to bring in $720 million in digital ad sales this year, while up-and-coming Snapchat lags behind at $640 million. We’ve seen lots of hype since 2016 that Snapchat could ride the new wave of video and ephemeral content to usher in a competitive ad space, but it’s possible Instagram’s rollout of video features and acquisition by Facebook has dampened that potential. But if you’re looking to branch out from the duopoly’s confines, it’s a good time to take another look at Yelp.

Facebook Rolls Out Online Retargeting Based On Offline Activity

Omnichannel retail is the new norm, but finding out whether an online ad might have become an offline conversion is still difficult for retailers, making marketing effectiveness tricky to measure. Facebook is now offering its Offline Conversion API to businesses who advertise with the platform to help bridge this gap.

10 Second Tip: Though it may sound like another example of Facebook tracking its users’ every move, that’s not actually what’s going on here. For the Offline Conversion API to work, companies will need to provide their own spreadsheet of offline sales data, and Facebook will correlate from there. Uploading this information through a CRM, point-of-sale vendor, digital receipt company, or marketing software provider are also options.

Test Drive: Understanding how online advertising affects offline conversions is the great white whale of retail at the moment, and Facebook’s data matching abilities should deliver insights. If this sounds like something you’re ready to try, just be aware that the tool is still in its early stages, and Facebook is likely to use the offline data companies provide to tweak their ad delivery services.

As part of Facebook’s ongoing response to concerns around their handling of ads around the 2016 election, employer-based targeting will be removed from the platform.

10 Second Tip: The employer targeting provided through Facebook was always somewhat imperfect, since the information is user-provided (and the trouble Facebook is responding to involved users who were also using the field improperly). Nevertheless, it was still a valuable tool for B2B marketers who will now have to adjust ad strategy.

Test Drive: All is not lost for B2B marketers: employer targeting is still available on the more traditional B2B platform LinkedIn, and it’s still possible to use exclusion parameters for ads based on business types, size, and connections to business pages related to your niche. This change may cause some initial headaches, but it’s also a chance to creatively stretch for other criteria that defines your audience.